The unstoppable rise in home rental prices in many cities of the world has brought to light a long-standing debate between economists and policymakers. Can rent controls be an answer to this problem?

Another version of this article was published in Global Government Forum

Regulating home rental prices: a good idea or a bad idea? This has been an ongoing debate between economists and legislators for several generations. And the answer seems to remain up in the air. Faced with the unstoppable rise in prices in many cities around the world, governments are intervening in this market with the aim of guaranteeing access to affordable housing.

The newly-elected Spanish Government, formed by a coalition of two centre-left and left parties, has been the last to resume this idea. The central government in Madrid is preparing  a benchmark index so that the city councils of cities such as the Spanish capital and Barcelona, ​​where rents have uninterruptedly raised in recent years, can use it to apply price restrictions in areas where pressure on the rental market is higher.

Other countries have introduced frameworks that, for example, encourage a negotiation between tenant and landlord; limit price increases to a certain level above a previously-defined value; or directly freeze prices in areas of high inflationary pressure.

The effects of these interventions are, the evidence shows, very variable. Here we examine a few of them – exploring what has worked, what hasn’t, and what can be learned from those experiences.

German capital Berlin, where eight out of ten inhabitants rent their home, was until recently one of the most affordable European cities for tenants. But following reunification and the city centre’s reconstruction, rents spiked – doubling over a decade.

This system, reasonably successful for decades in many areas of Germany, ended up revealing its shortcomings in places like Berlin, where rents have more than doubled in the last ten years. This escalation led the federal government to approve a new rule in 2015 that took a further step in price control, capping rent increases for new contracts at 10% compared to similar properties in the area.

This new regulation – which includes several exceptions that can be claimed by owners – has proven effective in the neighbourhoods where rents have risen by 4% and above in previous years, according to a report commissioned by the government from the German Institute of Economic Research (DIW). However, prices in other cities and in some areas of the German capital have continued to rise. Recently, Berlin’s local authority has begun freezing the prices of apartments in buildings built before 2014 for the next five years.

Aznar, who has worked as the housing advisor for several governments, argues that the path taken by Berlin is not the right one: “Everything mandatory in housing matters usually fails. We are in a free market system in which the parties [tenant and owner] have to agree on the conditions”. He adds that a model like the one implemented in Germany encourages owners to try to slip away from the norm. This ends up causing the emergence of a black market and consequently the defencelessness of the most vulnerable tenants.

However, Max Gigling, consultant in applied social research and the author of several reports on innovative housing policies, ​​argues that Germany’s 2015 law has managed to curb speculative, short-term investments. By slowing the rise in rents, he says, it has taken some of the heat out of the housing market, discouraging would-be buyers more interested in realising a capital gain than in providing housing over the long term.

Gigling adds that policymakers should be careful in designing ‘exception’ systems that give landlords opportunities to game the system: Germany’s system, for example, allows big rent increases after an apartment is renovated – incentivising landlords to upgrade their properties, and thus whittling away the affordable end of the market.

Economist Claus Michelsen, one of the authors of the DIW study, suggests that an intermediate solution may lie in cutting the permitted 10% above-average rental figure to 7%, or in applying the caps only to areas with more significant price increases.

Though the USA is seen as having one of the world’s most free market economies, many large cities have regulated rental prices for decades. In San Francisco, for example, rent rises in buildings with five or more apartments have been tied to the consumer price index (CPI) since 1979.

In 1994, a referendum extended this control to smaller buildings built before 1980. A recent study by Stanford University, analysing the effects of this extension, concluded in the short term rents were contained. Consequently many local people – especially the elderly and racial minorities – remained in their homes and were not forced to leave the neighbourhood.

However, in the long term many landlords chose to withdraw their properties from the rental market, dedicating them to private use or to the construction of high-end housing. In the words of Rebecca Diamond, lead author of the report, this dynamic encouraged the arrival of new neighbours with high purchasing power and contributed to the “gentrification of San Francisco” and the “widening income inequality of the city”.

Diamond and his team suggest that an effective alternative policy in the Californian city would be to award public subsidies or tax benefits to tenants who struggle to make their rent payments.

In fact, numerous governments are now taking this measure, but it also carries its own risks. For example, this public capital ends up financing abusive price increases by landlords, especially if there are no normative controls that limit them, says Giggling.

Lorcan Sirr, housing studies professor at the Dublin Institute of Technology, comments how “the use of the private rental sector as de facto social housing” has placed a restriction on “rental accommodation for non-social housing tenants” in many places. Therefore, an increased supply of public housing could alleviate, at least in part, the need for rental control measures in the most affected cities.

However, promotion of state-owned housing is usually a difficult task in more urbanized and congested cities. A good example is New York, home of some of the world’s highest rents. In this city authorities have tried to stop uncontrolled rent inflation for almost a century by taking different kinds of actions.

Today a small portion of its housing supply has strict limitations on rent increases, while around 50% of the market is “stabilised” by authorities. This system has been reinforced in recent years with successive moratoriums on rising prices in certain areas of the city. Simultaneously, different administrations have tried to complement these policies with increased spending on public housing.

While it is not perfect, the New York model has demonstrated its effectiveness as a social policy. A study by the Columbia Business School published in 2019 indicates that rent controls in the city have helped reduce housing inequality, particularly benefiting low-income families. These measures “can be a valuable policy tool and increase the welfare of a city”, they conclude.

Lorcan Sirr notes that holding down rents also tends to boost local economic activity, as tenants have more disposable income to spend in shops and invest in education or business ventures.

However, there are also examples of cities where several generations of rent controls are showing troubling effects. Stockholm, the Swedish capital, has maintained strict rent regulation since the first half of the 20th century. Today prices are calculated based on a utility value price index and rents are among the cheapest in Europe, despite the country’s high living standards.

However, the high demand for new contracts and the limited supply available has made it almost impossible to access rents by legal means (the waiting list can reach 20 years), which has ended up promoting the black market in the sector. As a result Sweden is currently debating whether the time has come to make these controls more flexible.

The real state supply shortage to meet market demand is a common element in most large urban areas. Especially in those where economic or cultural activity serves as a pole of constant attraction for new residents and, at the same time, the available space is rare, explains Aznar.

In the long term, he argues, governments should adjust wider economic policies to spread growth beyond overheated urban economies: “To have long-term effect, housing policies must be accompanied by a harmonized policy of territorial cohesion”, he says, noting that price pressures on Spain’s city rental markets reflect the lack of investment and depopulation affecting many rural areas.

The experts consulted for this article all agree on the importance of legislators finding a balance between the interests of the tenants and owners. Guaranteeing housing access and the rights of the tenants and allowing a minimum level of profitability for the owners, which encourages, for example, the proper maintenance of the apartment. “Rather than being seen as a battle between tenants and lessors, this must be seen as a ship we are all in”, says Aznar.

Even so, as we have seen, problems and their most convenient solutions vary widely between countries, regions and cities. Something that legislators have to consider when planning their actions. “One-size-fits-all policies tend to be troublesome as issues with rent and affordability can vary widely across a country”, notes Sirr.

As Katrin Lompscher, senator for urban development and housing in Berlin, said recently in an interview with Bloomberg: “The politics of housing and urban planning are city-specific. It’s good to look around, to the right and the left – but then we have to decide what’s right for Berlin”. So this is an issue for city administrations to decide – but national governments have an important role to play in giving city councils the powers required to meet local needs. 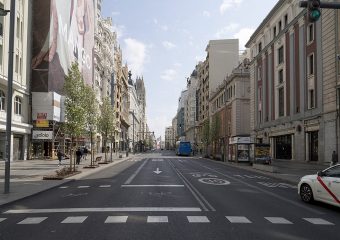